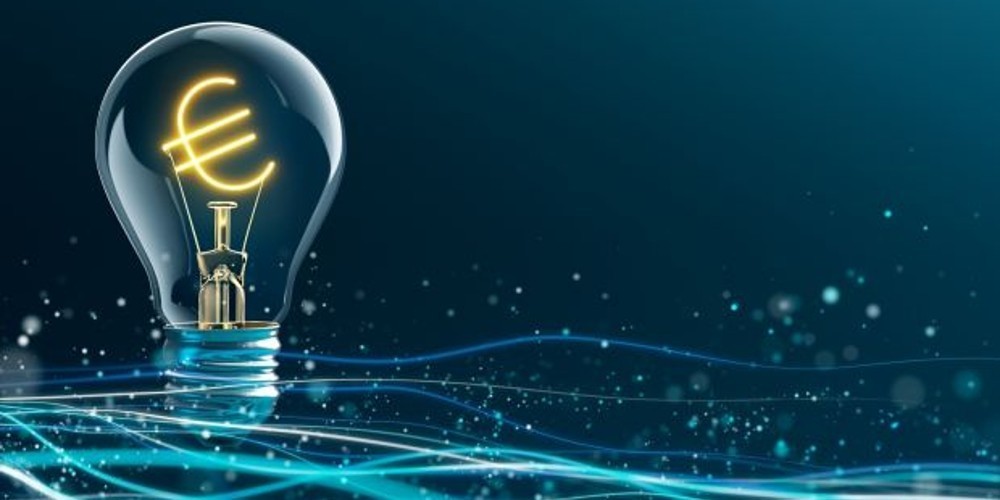 Every year since this page was in short pants it has devoted at least one day a year to showing people an easy way to save hundreds of euro without impacting the quality of their lives one single jot.

If someone had listened to us the first time we pointed out the savings that can be made by shopping around for the best energy provider and assiduously followed our advice then they would have saved more than €6,000 by now.

And if you think that number is big just wait until you hear the next one. Over the last five years Irish consumers have collectively wasted as much as €2 billion by spending way more than necessary to heat and light their homes.

You might well have read that number and arched a disbelieving eyebrow.

Well un-arch it because here’s how we got to that number. There are about 1.7 million households in the Republic and if 60 per cent have remained (foolishly) loyal to their electricity and gas suppliers over the past five years there are at least a million homes paying standard unit rates for domestic gas and electricity right now.

According to the energy regulator, the average consumer who switches utility providers every year and pays discounted rates instead can see their annual energy bills fall by €400.

So, if a million households have missed out on savings of €400 each year for the last five years, the cumulative amount wasted comes in at a shocking €2 billion.

But to make the savings, people need to switch, and a staggering number of Irish people don’t bother; and during the pandemic, when so many people were stuck in their homes, the rate of switching actually declined dramatically, according to the regulator.

Earlier this summer it announced that supplier switching rates for April 2020 dropped to their lowest levels in seven years, with the drop in switching numbers believed to be, at least in part, as a result of the pandemic. 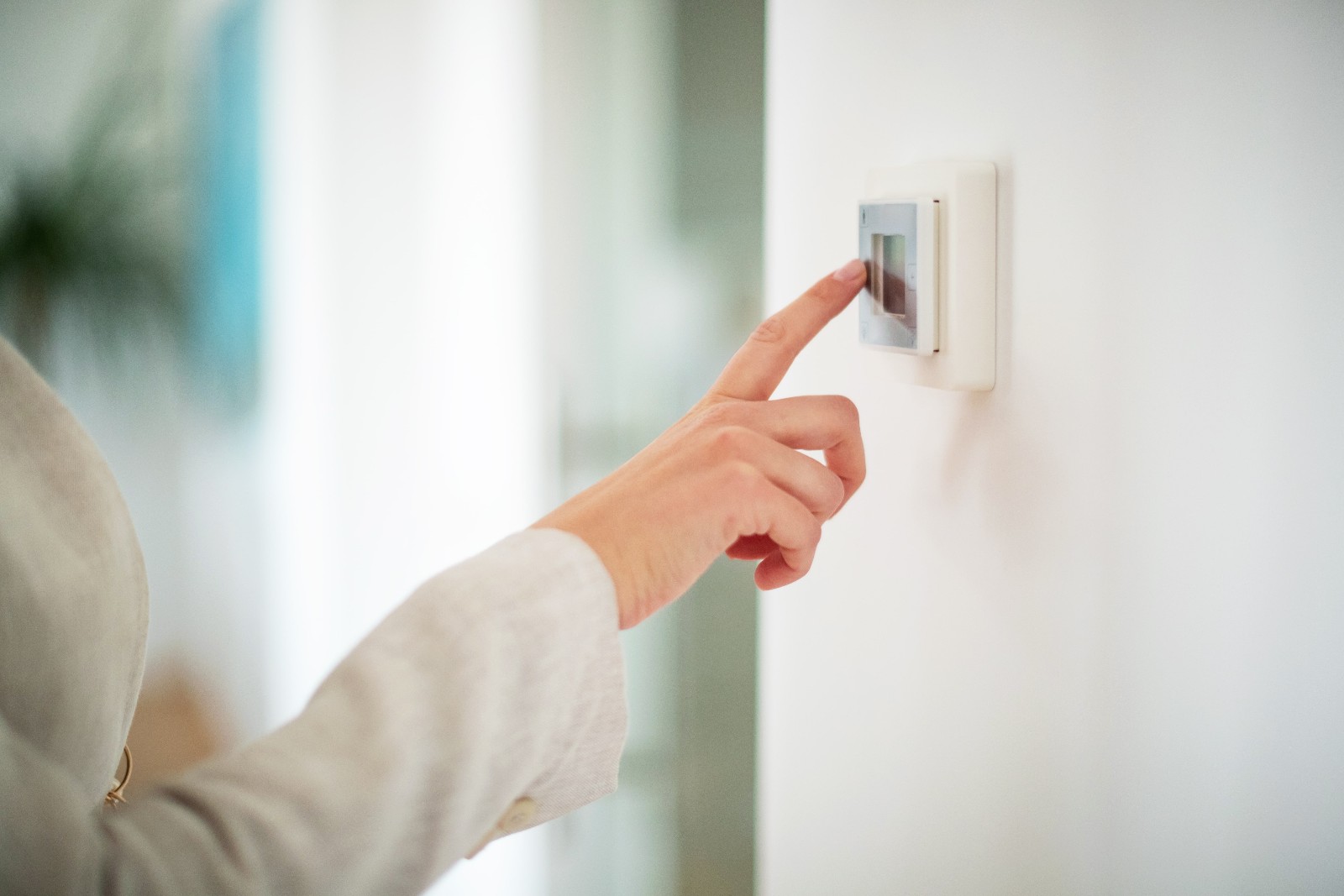 The regulator once again emphasised that customers should actively review their energy bills and look at offers that are available from other suppliers.

Last week Pricewatch carried out a Twitter poll of its own to see what switching rates were like. We asked one question which went like this: “Have you changed your gas or electricity supplier in the last five years?”

After 14 hours, 2,489 people had voted one way or the other, with 32 per cent admitting they had not changed supplier even once in the last five years.

While we are obviously delighted so many of our Twitter followers are such a savvy bunch, a third of them had wasted a lot of money. What’s the story with that?

“There are currently 13 residential energy suppliers in Ireland so there has never been more choice for consumers. However, 13 competitors feels insane for a market as small as Ireland’s,” says Darragh Cassidy of switching and price comparison website Bonkers.ie.

“When you compare the energy sector to the banking sector or the telecommunications sector – or indeed any other sector, really – there’s far more choice for consumers and far more suppliers competing for their business. Which is somewhat ironic given how generic a product energy is – it’s pretty difficult to differentiate your gas from someone else’s, for example.

“All this competition hasn’t really translated into lower prices for consumers. Electricity prices here are the fourth highest in the EU, according to Eurostat, while gas prices are around the sixth or seventh most expensive, despite Ireland having access to its own gas field.”

Over the past few months all the main suppliers have announced reductions in the price of energy. This is on the back of falling energy prices on wholesale markets.

“However, in some cases the price reductions announced have been quite measly and have paled in comparison to the price falls that we have seen on these wholesale markets,” Cassidy says. “What’s more, while some of the price decreases were announced in February and March, they didn’t actually come into effect until May or June – ie summer, when peak energy usage in the household has usually passed.”

He says he does not anticipate much – if any – upward pressure on prices from suppliers, particularly with the world economy likely to remain muted for months if not years ahead due to Covid-19.

“This is obviously good news for energy customers. However, government taxation means prices could still go up. The carbon tax is due to go up to €100 per tonne by 2030. At its present level of €26 per tonne, it adds around €61 to the average annual gas bill. At €100 per tonne it’ll add around €235 a year. That’s not an insignificant amount.”

Cassidy says that businesses “seldom reward loyalty and if you want to be on the best deal you have to shop around regularly. Switching saves, as we always say at Bonkers.ie. You can’t presume that just because you’ve been with a particular supplier for several years that they’ll return the favour with cheaper prices. If anything it’s the opposite. This applies to all household bills but particularly energy.”

He says energy companies all offer really great introductory rates to those who switch to them. “However, these discounted rates usually expire after 12 months. This means if you don’t shop around and switch again after your 12 months are up you’ll be bumped on to the supplier’s far higher standard rate and will end up paying far more each year for your gas and electricity.”

Discounts of more than 40 per cent are now available to those who switch, meaning you could save yourself about €400 a year by switching. However, if you live in a poorly insulated home or in a home with more than three bedrooms, your savings are likely to be even more.

At a time when energy usage in the home has probably never been higher due to more of us working and socialising at home, it’s really important that people switch supplier regularly to ensure they’re getting the very best value.

Cassidy says that with more time spent working from home, and schools still closed, energy use is bound to have increased hugely for consumers due to Covid-19. “While overall energy use in the economy fell during March, April and May due to manufacturing and business shutting down, this wasn’t the case at all for households.

“Whereas usually there might be no one at home for almost half the day, the reality of Covid-19 means there’s probably going to be a lightbulb on, a computer whirring or a kettle being boiled almost 24/7. And while the longer evenings and warmer days that summer brings have helped mitigate the effects of this somewhat, people will really notice things come autumn and winter if we’re all still being advised to stay at home.” 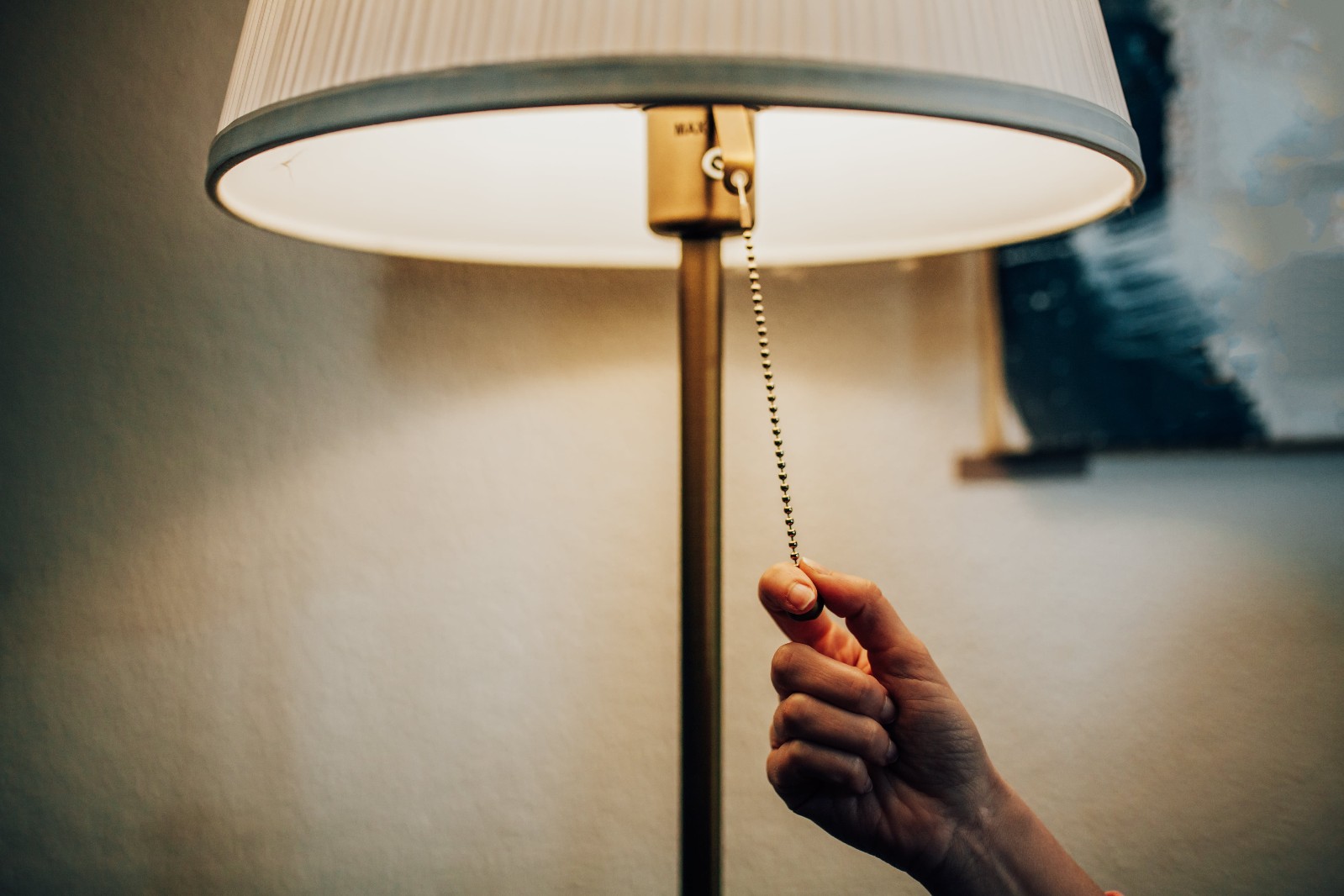 ‘Not worth the hassle’: readers explain why they don’t switch

Why aren’t you switching? Here are some of the responses from those who voted now in our poll.

“I always say I will get around to doing it and never do. The only thing I ever renegotiate is the TV and broadband every year, maybe because it’s same cost every month.”

“Time. Spent so long lately investigating renewal of health, car and house insurance. So time-consuming, impossible to get through. Should be easier.”

“Too much hassle for €20 max a year then price rises and you have to change again.”

“Because I believe: 1) the ‘savings’ aren’t worth the hoops you’ve to jump thru; 2) they’re just playing games anyway, making us think they’re better value, but then you find out you’ve lost something, and that’s why they’re cheaper. No real competition in anything in Ireland.”

“I’m under the impression there is very little in the difference.”

“Assuming there’s no value to be had.”

“Not worth the hassle.” 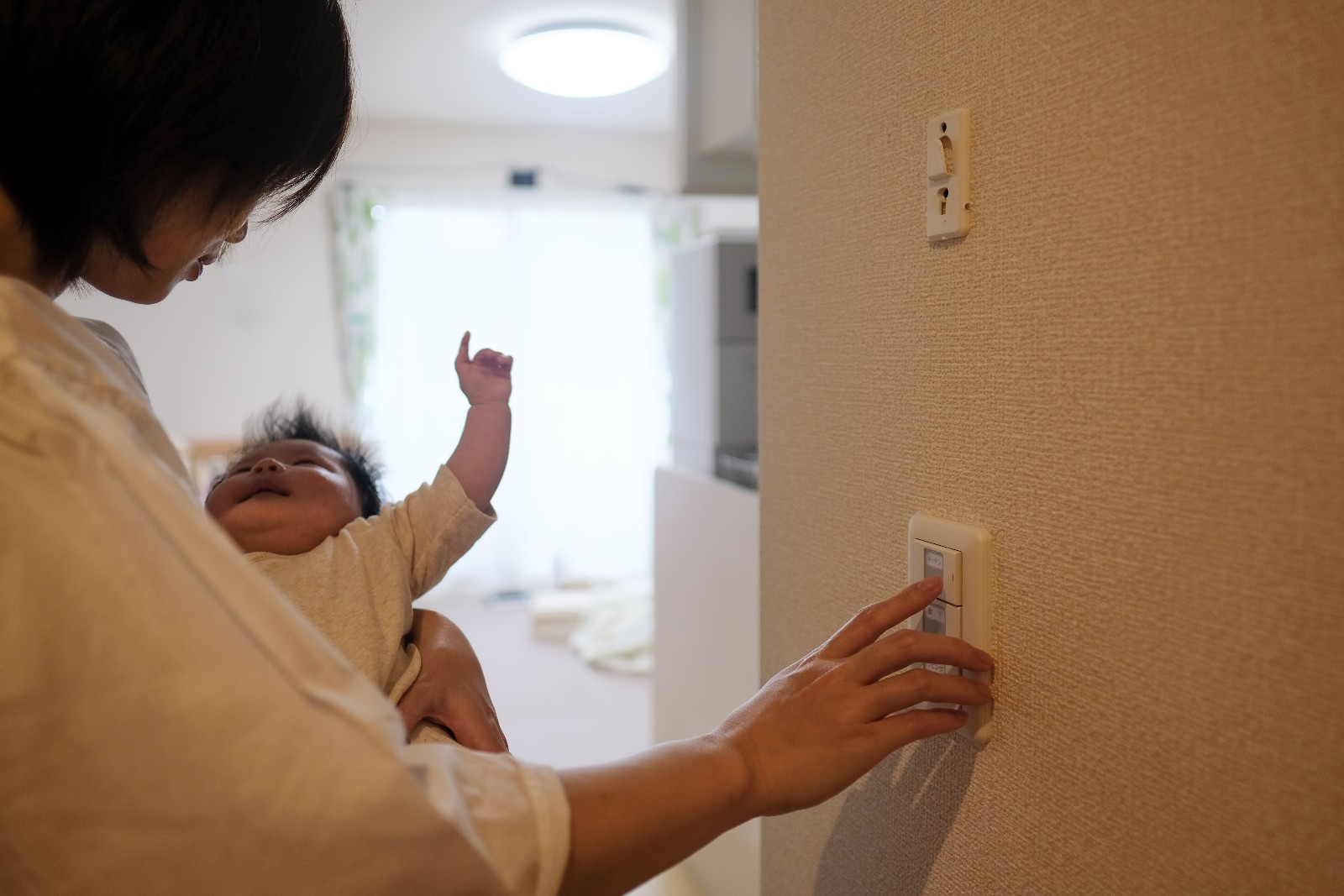 When it comes to getting a better rate, breaking up is not hard to do. Once you’ve found the cheapest supplier – Bonkers.ie will help you out – switching could scarcely be easier.

Note your billing details (you should know your address off by heart).

Take a meter reading. This is the measure your new supplier will start billing you from. Your old supplier will use it to close your account.

Call the company you are currently with and tell them you’re off.

Call your new company and tell them you want to sign up.

Energy bills are a moving target with price fluctuations and it can be hard to nail down when you are saving money. People are usually driven to switch by high energy bills in winter, but ideally people would switch provider at the same time every year. Or is there a better way?

Brendan Halpin says he was driven to create switching website Weswitchu.ie “out of frustration”.

He says it is “ridiculous the way the system works and while I can’t change the system I can change things for customers”.

And how does he do that?

“The whole thing about switching is that it is a pain in the backside, so what I am basically saying is sign up with us once and we will do all the switching for you every year.”

The idea is you register with the site and it promises to find you the best deal this year and every year.

“We will save you money in the first year but we can track your energy usage and then next year we will be able to find you an even better deal and then let you know about it and you just tell us if you want to switch and we will do all the work,” Halpin says. “After the end of the first year we will know more about your consumption and can tailor things for you.”

He says price comparison websites and the regulator use averages when talking about usage and savings but he points out that there is a big difference between someone living in a one-bedroom apartment and a five-bedroom detached house so averages are only of limited usage.

People who sign up give details of their house type, average bills, the providers they are with and a few other elements and then the site goes off and finds the best deals.

“The savings that they talk about – the €400 each year – is based purely on averages but some people will be able to save more than that and the more energy you use the more money you can potentially save.”

And where does he make his money? He gets commission from the providers for each customer he sends their way. “I have exactly the same arrangements with all the providers, so I don’t mind who you switch to as long as you save money. The providers hate it but what has been happening for years has not been working for consumers. It has been working for the providers. I just facilitate the switch, that is all, the relationship you have is with the provider, so no matter what happens to me you won’t ever see an interruption to your service.”